A novel, handled very competently by Huxley, This is a satiric and often funny novel of London society in the mid to late twenties. I could contrast this with the longer novel by Anthony Powell, “A ... Leer comentario completo

Aldous Huxley was born on July 26, 1894, in Surrey, England, into a distinguished scientific and literary family; his grandfather was the noted scientist and writer, T.H. Huxley. Following an eye illness at age 16 that resulted in near-blindness, Huxley abandoned hope of a career in medicine and turned instead to literature, attending Oxford University and graduating with honors. While at Oxford, he published two volumes of poetry. Crome Yellow, his first novel, was published in 1927 followed by Antic Hay, Those Barren Leaves, and Point Counter Point. His most famous novel, Brave New World, published in 1932, is a science fiction classic about a futuristic society controlled by technology. In all, Huxley produced 47 works during his long career, In 1947, Huxley moved with his family to southern California. During the 1950s, he experimented with mescaline and LSD. Doors of Perception and Heaven and Hell, both works of nonfiction, were based on his experiences while taking mescaline under supervision. In 1959, Aldous Huxley received the Award of Merit for the Novel from the American Academy of Arts and Letters. He died on November 22, 1963.

Born in London, Mosley was educated at Eton and Balliol College, Oxford and served in Italy during the Second World War, winning the Military Cross for bravery. He succeeded as 3rd Baron Ravensdale in 1966 and, on the death of his father on 3 December 1980, he also succeeded to the Baronetcy. His father, Sir Oswald Mosley, founded the British Union of Fascists in 1932 and was a supporter of Benito Mussolini. Sir Oswald was arrested in 1940 for his antiwar campaigning, and spent the majority of World War II in prison. As an adult, Nicholas was a harsh critic of his father in "Beyond the Pale: Sir Oswald Mosley and Family 1933-1980" (1983), calling into question his father's motives and understanding of politics. Nicholas' work contributed to the 1998 Channel 4 television programme titled 'Mosley' based on his father's life. At the end of the mini-series, Nicholas is portrayed meeting his father in prison to ask him about his national allegiance. Mosley began to stammer as a young boy, and attended weekly sessions with speech therapist Lionel Logue in order to help him overcome the speech disorder. Mosley says his father claimed never really to have noticed his stammer, but feels Sir Oswald may have been less aggressive when speaking to him than he was towards other people as a result. 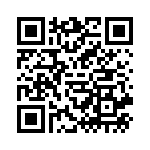