Página 22
... Cornelius Agrippa.4 1 opened it with apathy; the theory which he attempts to
demonstrate, and the wonderful facts which he relates, soon changed this feeling
into enthusiasm. A new light seemed to dawn upon my mind; and, bounding with
...
Página 46
As it drew nearer, I observed that it was the Swiss diligence; it stopped just where
I was standing; and, on the door being opened, I perceived Henry Clerval, who,
on seeing me, instantly sprang out. "My dear Frankenstein," exclaimed he, "how ...
Página 232
It was long before he was restored: and I often thought that life was entirely
extinct. At length he opened his eyes, but he breathed with difficulty, and was
unable to speak. The surgeon gave him a composing draft, l and ordered us to
leave ...

At times, I was fearful to not be immersed in this haunting and deeply tragic novel. I was very much afraid I would turn a corner or flip on a light to see a demonic monster standing in my wake. In ... Leer comentario completo

Frankenstein, I don't know what to begin this review with? Let's start with The Pace, This book is painfully slow paced,especially when the story is narrated by Frankenstein or Victor Frankenstein who ... Leer comentario completo 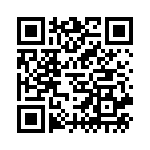