Página 73 - Reason is, and ought only to be the slave of the passions, and can never pretend to any other office than to serve and obey them.
Aparece en 653 libros desde 1817-2008
Página 47 - And the LORD said unto Abram, after that Lot was separated from him, Lift up now thine eyes, and look from the place where thou art northward, and southward, and eastroward, and westward: for all the land which thou seest, to thee will I give it, and to thy seed for ever.
Aparece en 193 libros desde 1694-2008
Más
Página 12 - IT° was the best of times, it was the worst of times, it was the age of wisdom, it was the age of foolishness, it was the epoch of belief, it was the epoch of incredulity, it was the season of Light, it was the season of Darkness, it was the spring of hope, it was the winter of despair...
Aparece en 779 libros desde 1385-2008
Página 74 - When anyone tells me, that he saw a dead man restored to life, I immediately consider with myself, whether it be more probable, that this person should either deceive or be deceived, or that the fact, which he relates, should really have happened. I weigh the one miracle against the other; and according to the superiority, which I discover, I pronounce my decision, and always reject the greater miracle. If the falsehood of his testimony would be more miraculous, than the event which he relates; then,...
Aparece en 167 libros desde 1758-2008
Página 204 - Twas brillig, and the slithy toves Did gyre and gimble in the wabe: All mimsy were the borogoves. And the mome raths outgrabe.
Aparece en 806 libros desde 1758-2007
Página 175 - No matter how dreary and gray our homes are, we people of flesh and blood would rather live there than in any other country, be it ever so beautiful. There is no place like home.
Aparece en 48 libros desde 1903-2007
Página 47 - How can a man be born when he is old?" Nicodemus asked. "Surely he cannot enter a second time into his mother's womb to be born." Jesus answered: "I tell you the truth. No one can enter the kingdom of God unless he is born of water and the spirit. Flesh gives birth to flesh, but the spirit gives birth to spirit. You should not be surprised at my saying 'you must be born again.
Aparece en 228 libros desde 1877-2008
Página 143 - The night was filled with horrors and he thought he knew how Christ must have felt as he walked through the world, like a psychiatrist through a ward full of nuts, like a victim through a prison full of thieves.
Aparece en 22 libros desde 1960-2007
Página 39 - A guy goes nuts if he ain't got nobody. Don't make no difference who the guy is, long's he's with you. I tell ya," he cried, "I tell ya a guy gets too lonely an
Aparece en 25 libros desde 1937-2007
Página 72 - Then we shall all, philosophers, scientists, and just ordinary people, be able to take part in the discussion of the question of why it is that we and the universe exist. If we find the answer to that, it would be the ultimate triumph of human reason - for then we would know the mind of God...
Aparece en 174 libros desde 1896-2008
Menos 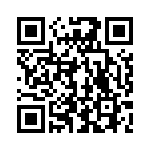