Página 129
In addition note that these are monosyllabic and present tense , and always carry prosodic stress . They may be contrasted with the switched tenses of the earlier stanzas , and , more particularly , the commonest present tense verb of ...
Página 262
world , is to present both attribute and phenomenon as operating according to fixed laws , independently of the will of human agents . The same is true of Johnson's use of the unintensified attributive , and of his use of the present ...
Página 356
But this present , extraKafkian , explanation , however diffidently approached , and with whatever suspenseful afterthoughts , has explained , or tried to explain , what Kafka “ meant ” by " the incomprehensible ” . 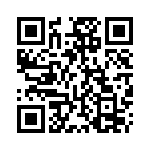