Página 102
These are those that were numbered , l 8 And his host , and those that were
numwhich Moses and Aaron numbered , and the bered thereof , were fifty and
seven thousand princes of Israel , being twelve men : each and four hundred .
one was ...
Página 111
21 And so it was , when the cloud abode 14 f In the first place went the standard
of from even unto the morning , and that the the camp of the children of Judah ,
according cloud was taken up the morning , then to their armies : and over his
host ...
Página 190
... and of Karkor , and their hosts with them , about fifGideon . teen thousand men
, all that were left of all 21 And they stood every man in his place the hosts of the
children of the east : for there round about the camp : and all the host ran , fell an
... 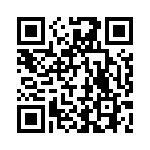