Pßgina vii
fixed to The Poetical Works of John Milton , was published in 1794 by John and
Josiah Boydell and George Nicol ; a second edition , enlarged and substantially
revised , was issued by T . Cadell , Jr . and W . Davies in 1796 . Between 1796 ...
Pßgina 124
The indignation of Milton was awakened by a Latin work , published at the Hague
in 1652 , entitled , “ Regii Sanguinis Clamor ad CŠlum ; ” The Cry of Royal Blood
to Heaven . In this book all the bitter terms of abhorrence and reproach , with ...
Pßgina 190
Alarmed by that encroachment , which the Romish superstition was making
under the connivance of Charles the Second , and with the aid of his apostate
brother , Milton published “ A treatise “ of true Religion , Heresy , Schism ,
Toleration ... 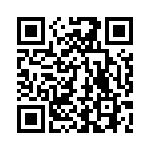