Página 150
This intuitive sense that the ode , like the urn , has never been fully explored —
along with our own interest in Keats ' s steadily evolving use of ekphrasis —
provides a justification for approaching the monolith one more time . For all the
dozens ...
Página 177
The words reflect both dimensions of ekphrasis and appear to alternate them like
the duck / rabbit trick : “ breed ” animates the figures ; “ brede ” stills them into art ,
just as " overwrought ” signifies both the passionate pursuit of the initial stanza ...
Página 182
I am indebted to James Heffernan , who , in his chapter on Romantic ekphrasis ,
coins this phrase to refer to my theory . 14 . The Perseus myth offers us what may
be the earliest symbolic enactment of ekphrasis , highlighting the trope ' s ...

Harold Bloom was born on July 11, 1930 in New York City. He earned his Bachelor of Arts from Cornell in 1951 and his Doctorate from Yale in 1955. After graduating from Yale, Bloom remained there as a teacher, and was made Sterling Professor of Humanities in 1983. Bloom's theories have changed the way that critics think of literary tradition and has also focused his attentions on history and the Bible. He has written over twenty books and edited countless others. He is one of the most famous critics in the world and considered an expert in many fields. In 2010 he became a founding patron of Ralston College, a new institution in Savannah, Georgia, that focuses on primary texts. His works include Fallen Angels, Till I End My Song: A Gathering of Last Poems, Anatomy of Influence: Literature as a Way of Life and The Shadow of a Great Rock: A Literary Appreciation of The King James Bible. Harold Bloom passed away on October 14, 2019 in New Haven, at the age of 89. 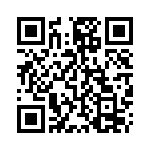