One of the 66 Books in a Letter to ManKind to live by
and too me Its one of the BEST; cause it does tell us
how to conduct Ourselves and others and others themselvesand we say there are no instructions in LIFE and yet there it IS
in plain clear view; except we choose not to adhere or we disregard with
malicious; the true of the matter is even if we don't or even if we attempt
we fail at it because we (ManKind) are never consistent; yet the Book IS!!!!!

Doris Lessing was born in Kermanshah, Persia (later Iran) on October 22, 1919 and grew up in Rhodesia (the present-day Zimbabwe). During her two marriages, she submitted short fiction and poetry for publication. After moving to London in 1949, she published her first novel, The Grass Is Singing, in 1950. She is best known for her 1954 Somerset Maugham Award-winning experimental novel The Golden Notebook. Her other works include This Was the Old Chief's Country, the Children of Violence series, the Canopus in Argos - Archives series, and Alfred and Emily. She has received numerous awards for her work including the 2001 Prince of Asturias Prize in Literature, the David Cohen British Literature Prize, and the 2007 Nobel Prize for Literature. She died on November 17, 2013 at the age of 94. 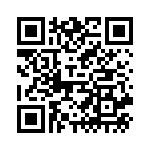