Página 92
I was resolved ( he says ) to • He affects to write colloquial French , speak my
sentiments with freedom ; and relates with ... The interest derstood French could
have written attached to the subject , and the enerthe words tâche journaličre as
he ... and attributing her illness ready to say , not what he believes or to her horror
of the idea of St . Helena knows , but what ... a physician minister to a mind
diseaser , cuity , and afforded me time to arrange “ Or pluck froin memory a
rooted sorrow ?
Página 298
But he lay like a warrior taking his rest , With his martial cloak around him . From
Southey ' s Curse of Kehama - Canto 10 . Few and short were the prayers we
said , They err who tell us love can die : And we spoke not a word of sorrow , .
Página 314
It was of the merits of the poems we sball speak , arranged that the nuptials
should be celebra - at this time , in very general terms ... They contaip great and
parted from Delhi , with all the pageantry glaring faults , and fewer but not less
obvious and attendance ... And sorrow but more closely tied ; ready Hearts that
the world in vain has tried , tions of his song . ... The A word unkind or wrongly
taken Fire Worshippers , ' in four Cantos , and the Oh ! love , that tempests never
shook , tight of ...

Página 286 - Few and short were the prayers we said, And we spoke not a word of sorrow ; But we steadfastly gazed on the face that was dead, And we bitterly thought of the morrow.
Aparece en 1192 libros desde 1758-2008
Página 286 - We thought, as we hollowed his narrow bed, And smoothed down his lonely pillow, That the foe and the stranger would tread o'er his head, And we far away on the billow ! Lightly they'll talk of the spirit that's gone, And o'er his cold ashes upbraid him ; But little hell reck if they let him sleep on In the grave where a Briton has laid him...
Aparece en 800 libros desde 1758-2008
Más
Página 9 - There was a sound of revelry by night, And Belgium's capital had gathered then Her Beauty and her Chivalry, and bright The lamps shone o'er fair women and brave men. A thousand hearts beat happily; and when Music arose with its voluptuous swell, Soft eyes looked love to eyes which spake again, And all went merry as a marriage bell; But hush!
Aparece en 960 libros desde 1816-2008
Página 9 - twas but the wind, Or the car rattling o'er the stony street: On with the dance! let joy be unconfined: No sleep till morn when youth and pleasure meet, To chase the glowing hours with flying feet.
Aparece en 838 libros desde 1816-2008
Página 338 - Half dust, half deity, alike unfit To sink or soar, with our mix'd essence make A conflict of its elements, and breathe The breath of degradation and of pride, Contending with low wants and lofty will, Till our mortality predominates, And men are — what they name not to themselves, And trust not to each other.
Aparece en 341 libros desde 1817-2008
Página 340 - She had the same lone thoughts and wanderings, The quest of hidden knowledge, and a mind To comprehend the universe; nor these Alone, but with them gentler powers than mine, Pity, and smiles, and tears — which I had not; And tenderness — but that I had for her ; Humility — and that I never had. Her faults were mine — her virtues were her own — I loved her, and destroy'd her ! WITCH.
Aparece en 210 libros desde 1817-2008
Página 335 - Old man ! there is no power in holy men, Nor charm in prayer, nor purifying form Of penitence, nor outward look, nor fast, Nor agony — nor, greater than all these, The innate tortures of that deep despair, Which is remorse without the fear of hell, But all in all sufficient to itself Would make a hell of heaven — can exorcise From out the unbounded spirit the quick dense Of its own sins, wrongs, sufferance, and revenge Upon itself ; there is no future pang Can deal that justice on the self-condemn'd...
Aparece en 133 libros desde 1817-2008
Página 339 - I held but slight communion ; but instead, My joy was in the Wilderness, to breathe The difficult air of the iced mountain's top, Where the birds dare not build, nor insect's wing Flit o'er the herbless granite; or to plunge Into the torrent, and to roll along On the swift whirl of the new breaking wave Of river-stream, or ocean, in their flow. In these my early strength exulted ; or To follow through the night the moving moon, . The stars and their development; or catch The dazzling lightnings till...
Aparece en 177 libros desde 1817-2008
Página 335 - I could not tame my nature down; for he Must serve who fain would sway— and soothe, and sue. And watch all time, and pry into all place, And be a living lie, who would become A mighty thing amongst the mean, and such The mass are ; I disdain'd to mingle with A herd, though to be leader — and of wolves. The lion is alone, and so am I.
Aparece en 166 libros desde 1817-2008
Página 331 - O'er many a year of guilt and strife, Flew o'er the dark flood of his life, Nor found one sunny resting-place, Nor brought him back one branch of grace ? "There was a time...
Aparece en 204 libros desde 1758-2006
Menos 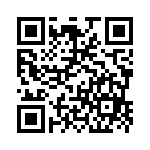