Página 42
22 And I saw in my dream, and, behold, seven ears came up in one stalk, full and
good: - 23 And, behold, seven ears, withered, thin, and blasted with the east wind
, sprung up after them: 24 And the thin ears devoured the seven good ears; ...
Página 247
4 IOHN to the seven churches which are in Asia: Grace be unto you, and peace,
from him which is, and which was, and which is to come; and from the seven
Spirits which are before his throne; 5 And from Jesus Christ, who is the faithful ...
Página 257
7 And one of the four beasts gave unto the seven angels seven golden vials full
of the wrath of God, who liveth for ever and ever. 8 And the temple was filled with
smoke from the glory of God, and from his power; and no man was able to enter ... 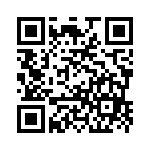