Página 41
Months pass'd on, and no Sir Eustace ! Nor of him were tidings heard. Wherefore,
bold as day, the Murderer Back again to England steer'd. To his Castle Hubert
sped ; He has nothing now to dread. But silent and by stealth he came, And at an
...
Página 57
M. TO THE CUCKOO. © blithe New-comer ! I have heard, I hear thee and rejoice:
0 Cuckoo ! shall I call thee Bird, Or but a wandering Voice? While I am lying on
the grass, I hear thy restless shout: From hill to hill it seems to pass, About, and all
...
Página 87
William Wordsworth. STAR GAZERS. What crowd is this ? what have we here !
we must not pass it by ; A Telescope upon its frame, and pointed to the sky : Long
is it as a Barber's Poll, or Mast of little Boat, Some little Pleasure-Skiff, that doth on
...
Página 140
A Power is passing from the earth To breathless Nature's dark abyss; But when
the Mighty pass away What is it more than this, That Man, who is from God sent
forth, Doth yet again to God return ? — Such ebb and flow must ever be, Then ...
Página 141
When'er I look'd, thy Image still was there ; It trembled, but it never pass'd away.
How perfect was the calm ! it seem'd no sleep ; No mood, which season takes
away, or brings : I could have fancied that the mighty Deep Was even the gentlest
of ... 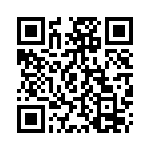