Andrew Milner is Professor in the Centre for Comparative Literature and Cultural Studies at Monash University in Melbourne, Australia. His recent publications include (1993), (1999), (2002) and (2002) 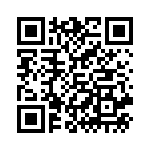