Página xiii
I. Hereford's challenge spoken by a knight on his behalf , see Richard II . ... of
Hereford and earle of Derbie , who saith , and I for him likewise say , that Thomas
Mowbraie , duke of Norfolke , is a false and disloiall traitor to you and your roiall ...
Página 3
Old John of Gaunt , time - honour'd Lancaster , Hast thou , according to thy oath
and band , Brought hither Henry Hereford thy bold son , Here to make good the
boisterous late appeal , Which then our leisure would not let us hear , Gaunt .
Página 37
Seek you to seize and gripe into your hands The royalties and rights of banish'd
Hereford ? Is not Gaunt dead , and doth not Hereford live ? Was not Gaunt just ,
and is not Harry true ? Did not the one deserve to have an heir ? Is not his heir a
... 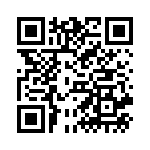