Andrew Mousley is Senior Lecturer in English at De Montfort University, Leicester. He is the author of Critical Humanisms (2003, with Martin Halliwell), Renaissance Drama and Contemporary Literary Theory (2000) and the editor of New Casebooks: John Donne (1999). He is the co-editor of the Edinburgh Critical Guides to Literature series. 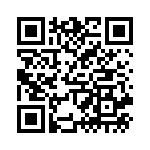