Amazing book on evangelism. This book was both inspiring and convicting, and I enjoyed every page. Leer comentario completo

I started reading this because I wanted to be a better evangelist, but it comes with no tips, except for praying for the Lord to bless one's minsistry and to be completely dependant on Him for any and ... Leer comentario completo

Charles Haddon Spurgeon was born in Kelvedon, Essex, England on June 19, 1834. His father and his grandfather were both pastors and at the age of twenty, he became the pastor of the New Park Street Church in London. The congregation quickly grew out of the building and moved to Exeter Hall. In 1861, the congregation moved to the newly constructed Metropolitan Tabernacle. During his lifetime, he published over thirty-five hundred sermons that filled 63 volumes. His series stands as the largest set of books by a single author in the history of Christianity. He also wrote Ploughman's Talk and The Treasury of David. During his last years, he suffered severe physical pain from a gout attack. He was growing increasing ill and died on January 31, 1892. 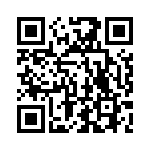