Página xxxi
1 For example , see p . xxxiv of this Introduction , “ It is the note struck loudest in the very first line of the play . " In Twelfth Night , as usually acted , the second scene of the first Act begins the play , and thus the ...
Página xxxvii
The Duke , for example , parades his passion rather than feels it ; he contemplates love till he forgets to be a lover ; and to all this " high fantasy " the poetry that Shakespeare puts into his mouth is an admirable accom- paniment .
Página 8
( See , for example , Introduction to the latter " " play in the " Arden " Edition , pp . xvi - xviii . ) As to Illyria , which lay along the eastern side of the Adriatic , it was mostly , in Shakespeare's day , under the rule of the ... 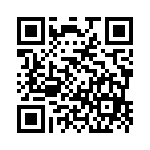