H.D. (Hilda Doolittle) was a writer who is most famous for her Imagist poems, though her oeuvre extends far beyond this work. Living a life filled with close friends and stricken with relationship difficulties, Doolittle poured her personal stories into her many memoirs, novels, and verse and became a central figure of the Modernism. She was born in Bethlehem, Pennsylvania on September 10, 1886, and stayed in the state until she left Bryn Mawr College in 1911. After leaving the United States, H.D. spent the rest of her life writing, which ended on September 21, 1961, in Europe. 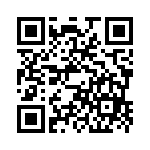