Página 3
In addition , no poet since Milton has been more used as a direct model , and by
more different kinds of poets , than Keats . ... and passages that struck them as
models superior to what they could find in any other poet since the Renaissance .
Página 13
Keats by Douglas Bush Keats is probably the only romantic poet , apart from
Blake , whose present rank is conspicuously higher than it was in the nineteenth
century , and the rank given him by critics and poets of that period was not low .
Página 176
Ward , Aileen , John Keats : the Making of a Poet ( New York , 1963 ) . Bate , W ...
Cf . “ Keats ' s Style , ” The Major English Romantic Poets , ed . Thorpe ... Succinct
, suggestive explications of the major poems of the principal romantic poets . 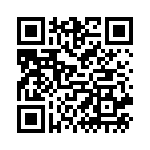