One of my favorite texts. The examples of the terms usage from literary works is superb.

ALBERT W. HALSALL is Professor of French and Comparative Literature at Carleton University. 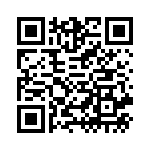