Página 486 - And even as they did not like to retain God in their knowledge, God gave them over to a reprobate mind, to do those things which are not convenient...
Aparece en 834 libros desde 1739-2008
Página 172 - Now in the place where he was crucified there was a garden; and in the garden a new sepulchre, wherein was never man yet laid. 42 There laid they Jesus therefore because of the Jews' preparation day; for the sepulchre was nigh at hand.
Aparece en 880 libros desde 1698-2008
Más
Página 493 - Nevertheless death reigned from Adam to Moses, even over them that had not sinned after the similitude of Adam's transgression, who is the figure of him that was to come.
Aparece en 574 libros desde 1730-2008
Página 83 - Father, inherit the kingdom prepared for you from the foundation of the world; for I was hungry and you gave me food, I was thirsty and you gave me drink, I was a stranger and you welcomed me, I was naked and you clothed me, I was sick and you visited me, I was in prison and you came to me.
Aparece en 754 libros desde 1828-2008
Página 343 - And another angel came out of the temple, crying with a loud voice to him that sat on the cloud, Thrust in thy sickle, and reap : for the time is come for thee to reap: for the harvest of the earth is ripe. And he that sat on the cloud thrust in his sickle on the earth; and the earth was reaped.
Aparece en 478 libros desde 1802-2008
Página 223 - And their dead bodies shall lie in the street of the great city, which spiritually is called Sodom and Egypt, where also our Lord was crucified.
Aparece en 683 libros desde 1755-2008
Página 173 - And, behold, the Lord passed by, and a great and strong wind rent the mountains, and brake in pieces the rocks before the Lord; but the Lord was not in the wind: and after the wind an earthquake; but the Lord was not in the earthquake: and after the earthquake a fire; but the Lord was not in the fire: and after the fire a still small voice.
Aparece en 1019 libros desde 1689-2008
Página 375 - The wilderness and the solitary place shall be glad for them; and the desert shall rejoice, and blossom as the rose. It shall blossom abundantly, and rejoice even with joy and singing: the glory of Lebanon shall be given unto it, the excellency of Carmel and Shar'on, they shall see the glory of the LORD, and the excellency of our God.
Aparece en 618 libros desde 1611-2007
Página 318 - Behold, the days come, saith the Lord God, that I will send a famine in the land, not a famine of bread, nor a thirst for water, but of hearing the words of the Lord...
Aparece en 694 libros desde 1802-2008
Menos 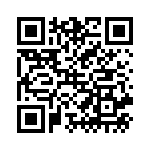