Página ix
For Jacob Bronowski, a distinguished scientist in our own time, academic work is
an adventure in doubting: “It is important that students bring a certain ragamuffin,
barefoot irreverence to their studies; they are not here to worship what is known ...
Página 25
The academic world, says a member of the Academic Discrimination Advisory
Board at the National Women's Studies Association, “is not a merit parkway.” It is
“more like a big male gang grope.”25 “At almost every campus I have ever been
on ...
Página 32
57 One young, white legal scholar has learned his multicultural lesson well: the
white academic is welcome to evaluate social and political subordination,
provided that he responds to minority critics and that he observes “the cautions of
the ...
Página 33
The tenured academic is not, of course, obligated to engage the contemporary
furies. But if the academic's job is to swallow whole what others dish out, he or
she does not “deserve” tenure. Nor, perhaps, a job. “It's important for writers to ...
Página 181
Alcanzaste el límite de visualización de este libro.
Siguiente »

Página 125 - God, grant me the serenity to accept the things I cannot change, the courage to change the things I can, and the wisdom to know the difference.
Aparece en 1257 libros desde 1913-2008
Página 28 - If he does not so protect himself, he will live a life of such pain and shock as to find life itself unbearable. For his own survival, then, he must develop a cultural paranoia in which every white man is a potential enemy unless proved otherwise and every social system is set against him unless he personally finds out differently.
Aparece en 32 libros desde 1950-2005
Más
Página 22 - When they're offered to the world in merry guise, Unpleasant truths are swallowed with a will — For he who'd make his fellow-creatures wise Should always gild the philosophic pill!
Aparece en 57 libros desde 1891-2008
Página 58 - The transgression is dizzyingly intense, a reminder of what it is to be alive. It is a sinful pleasure, this willing transgression of a line, which takes one into new awareness, a secret, lonely, and tabooed world — to survive the transgression is terrifying and addictive.
Aparece en 16 libros desde 1991-2005
Menos 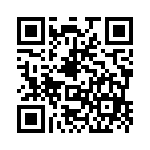