could have done without the poetry. Leer comentario completo

P. D. James, pseudonym of Phyllis Dorothy James White, was born on August 3, 1920 in Oxford, England. During World War II, she served as a Red Cross nurse. She worked in administration for 19 years with the National Health Service. After the death of her husband in 1964, she took a Civil Service examination and became an administrator in the forensic science and criminal law divisions of the Department of Home Affairs. She spent 30 years in British Civil Service. She became Baroness James of Holland Park in 1991. Her first novel, Cover Her Face, was published in 1962. She wrote approximately 20 books during her lifetime including the Adam Dalgliesh Mystery series, the Cordelia Gray Mystery series, and Death Comes to Pemberley. She became a full-time writer in 1979. Three titles in the Adam Dalgliesh Mystery series received the Silver Dagger award--Shroud for a Nightingale, The Black Tower, and A Taste for Death. In 2000, she published her autobiography, Time to Be in Earnest. Her dystopian novel, The Children of Men, was adapted into a movie in 2006. She received the Diamond Dagger award for lifetime achievement. She died on November 27, 2014 at the age of 94. 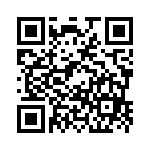