Seite 22
Later Seyfried says that the score was all but complete when Mo zart left for
Prague , that he orchestrated and completed it upon his return , ending with the
March of the Priests and the Overture , the parts for which , the ink on them still
wet , t ...
Seite 23
According to Seyfried , therefore , what happened was not a “ break , ” but a
complete recasting of the libretto . Mozart was not involved , having composed
his score only after that recasting was complete — and , naturally , to the final
version of ...
Seite 155
In despair , Papageno cries out in complete innocence : “ I shall follow her even if
the Earth swallows me up . ” Immediately the earth yawns beneath his feet , thus
completing “ his ” trial for the unhappy plumed man . S ( d ) Air This , as a simple ... 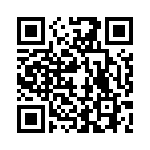