I've assigned selected essays from this book for my class on Monday. It's a great collection, and always stimulates great discussion. Leer comentario completo

Página 12 - Let us then suppose the mind to be, as we say, white paper, void of all characters, without any ideas; how comes it to be furnished? Whence comes it by that vast store, which the busy and boundless fancy of man has painted on it, with an almost endless variety ? Whence has it all the materials of reason and knowledge? To this I answer, in one word, From experience...
Aparece en 551 libros desde 1811-2008

Diane P. Freedman is Associate Professor of English at the University of New Hampshire. She is the author of An Alchemy of Genres: Cross-Genre Writing by American Feminist Poet-Critics, editor of Millay at 100: A Critical Reappraisal, and coeditor of The Teacher's Body: Embodiment, Authority, and Identity in the Academy.

Olivia Frey, retired from her position as Professor of English at St. Olaf College, is now the lead administrator at the Village School in Northfield, Minnesota. Freedman and Frey are the coeditors (with Frances Murphy Zauhar) of The Intimate Critique: Autobiographical Literary Criticism, published by Duke University Press. 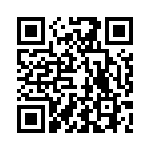