Página 3
The Elizabethan love sonnet may stand as a notorious example of that sort of
artifice , but new readers of The Faerie Queene or of ' Lycidas ' or of Paradise
Lost may feel , though for different reasons perhaps , similar misgivings . It may
be ...
Página 120
... sort of ideal ) is continually frustrated by some magnetic , gravitational force .
There may be , incidentally , another sort of unexpectedness , or an incomplete if
not actually wrong spelling , in the allusions to Orpheus in each of the poems .
Página 140
... heroism and humility , slavery and freedom , disobedience and loyalty , but
also , as Dennis Burden has shown , clear distinctions between the right and the
wrong sort of song , and the right and the wrong sort of pastoral.15 Nor do I mean
to ... 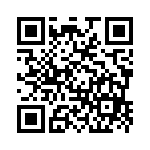