Daniel Defoe was born Daniel Foe in London in 1660, adding the "De" after he reached the age of 40. He was a novelist, journalist, and political agent. Defoe's best-known novels include Robinson Crusoe and Moll Flanders. Defoe also wrote the 3-volume A Tour Thro' the Whole Island of Great Britain, an important source of English economic life. He wrote satirical poems and pamphlets and edited a newspaper. Defoe was imprisoned and pilloried for his controversial work, The Shortest Way with the Dissenters, which suggested that all non-Conformist ministers be hanged. Defoe also was the first writer of modern English ghost stories, one of which is "A True Relation of the Apparition of One Mrs. Veal." He died in 1731. 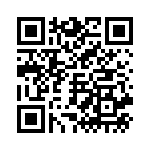