By[ Mike j Hughes]ØØ Isis Unveiled-As an occultist I have found this major piece of work very enlightening to both heart and soul.All books that are related to esoteric knowledge are only for those who are ready for this information ,which at this stage of evolution is not many at all.Those who are serious students of this esoteric knowledge have already taken at least the first initiation.There are only a very small group of us initiates who are now working in the world ,and they are all involved with some kind of service either on the physical ,astral,or mental planes during the hours of sleep.
Those of us who are students of theosophy ,and who have the desire and inspiration to serve humanity are counted as the more advanced members of the human kingdom ,and have taken the first initiation and have therefore taken the first step into the super-human kingdom and are ready to work with the spiritual hierarchy of this planet.The Masters of Wisdom are always on the lookout for those advanced human beings who can be of some use to further the divine goals and plans of the Hierarchy on earth.Isis Unveiled combines all religion,science,and Philosophy into one working whole ,and as well brings all into the divine light of Wisdom itself.This will be the foundation for the coming World Religion,or should I say Spirituality.I made an oath over 28 years ago that I will take the`;; Ageless Wisdom`` my lifelong study,as for myself it has the ring of truth.``There is no higher religion than Truth``

Helena Petrovna Blavatsky was born on August 12, 1831, at Dnepropetrovsk (Ekaterinoslav), Ukraine, daughter of Colonel Peter Alexeyevich von Hahn and novelist Helena Andreyevna (née de Fadeyev). In 1849 she married N. V. Blavatsky, and shortly thereafter began more than 20 years of extensive travel, which brought her into contact with mystic traditions the world over. She was the principal founder of the Theosophical Society in New York City in 1875, and devoted her extraordinary literary talents to its humanitarian and educational purposes until her death in London, England, on May 8, 1891. Along with writing her several books, H. P. Blavatsky kept up a voluminous correspondence and also contributed a steady stream of essays and articles to periodicals in English, French, and Russian. 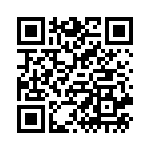