Página 24
He would break through and join the company of those who refashioned earth ' s
loveliness with words . Fortunately , in the summer of 1816 , he caught this first
exuberance into a poem , I stood tip - toe upon a little hilli : later ...
Página 64
The articles were signed “ Z ” and were the work of Lockhart , then twenty - three
years old , and later to be Scott ' s son - in - law and biographer . The fourth article
was reserved for Keats . In part , as Andrew Lang was to suggest later , the ...
Página 141
Seven years later , in 1887 , Sir Sidney Colvin published his first life of Keats ,
and later , in 1917 , after a life devoted to the study of the theme , he issued his
standard biography . Of all Keats ' s critics , Sir Sidney Colvin has had the
freshest ... 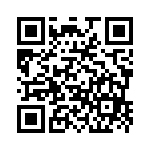