Página 27
But is he really wearing his heart on his sleeve ? This is not , of course , generally
thought of as either a fashionable or a useful question to ask , as though the
framing of the question itself betrays a fatal critical naďvety . The standard answer
...
Página 44
But the crucial line , which we are urged not to misconstrue , is the climactic one :
“ “ Foole , ” said my Muse to me , “ looke in thy heart and write . " Ringler calls it '
the most quoted and the least understood line of all Sidney ' s poetry ' ( Ringler ...
Página 45
... ante - poetic ( and potentially , because anti - fictional , anti - poetic ) gesture of
desiring to write from the heart , and the post priori , poetic gesture which reminds
us that his heart is , of course , not what one might normally mean by that word ... 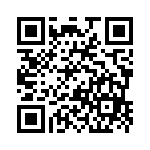