Marcus Felson is the originator of the routine activity approach and of Crime and Everyday Life. He has also authored Crime and Nature, and serves as professor at Texas State University in San Marcos, Texas. He has a B.A. from University of Chicago, an M.A. and Ph.D. from the University of Michigan, and has received the 2014 Honoris Causa from the Universidad Miguel Hernandez in Spain. Professor Felson has been given the Ronald Clarke Award by the Environmental Criminology and Crime Analysis group, and the Paul Tappan Award of the Western Society of Criminology. He has been a guest lecturer in Argentina, Australia, Belgium, Brazil, Canada, Chile, China, Denmark, Ecuador, El Salvador, England, Estonia, Finland, France, Germany, Hong Kong, Hungary, Italy, Japan, Mexico, the Netherlands, New Zealand, Norway, Poland, Scotland, Spain, South Africa, Sweden, and Switzerland. He has applied routine activity thinking to many topics, including theft, violence, child molestation, white-collar crime, and corruption. 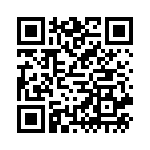